Style Maven, Nailah Lymus, To Lead Workshop at Children’s Museum of Manhattan As Part of New Exhibit on Muslim Culture

Visitors to the Children’s Museum of Manhattan’s newest exhibit, “America to Zanzibar: Muslim Cultures Near and Far”, are in for a special treat this weekend. As part of the exhibition that opened last month designed to introduce children and their families to the diverse Muslim communities around the world and right here in New York, kids ages 5 and older will get to participate in two hands-on workshops where they will get to create a unique design and style a new look using paper models, fabric and gems with Brooklyn based fashion maven, Nailah Lymus. Children will explore different designs of head coverings called hijabs (head wraps and scarves worn by women) and kufis (brimless round caps worn by men) and learn about folding and draping fabrics. Nailah will walk the children through the basic design process and share her experiences as a Muslim fashion designer and entrepreneur.

Nailah Lymus, a well know fashion designer and stylist whose work has been seen on the runways ofNew York Fashion Week and Jakarta International Fashion Week as well as in the pages of such top tier publications as Elle Brazil and Time Magazine, launched Underwraps, the first Muslim and Modest modeling agency in 2011. Lymus’ fashion talents and Islamic cultural background were tapped by the Children’s Museum of Manhattan for the American Home area of the exhibition where several hijabs she styled are on display. The America to Zanzibar exhibit will run through February 2017.

The workshops will take place on Sunday, March 20th. The workshops are included with museum admission. Visitors can sign up to participate upon arrival. For more information, visitwww.cmom.org/visit/calendar. 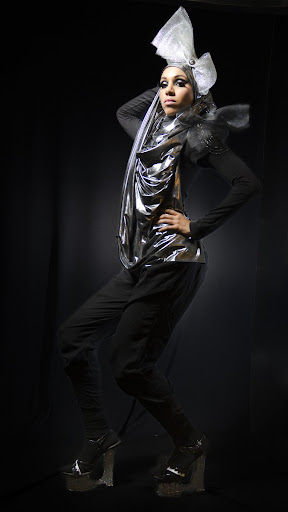 “As a Muslim Women who has also worked in the Fashion Industry, I observe a heavy Muslim influence in all areas of fashion,” Nailah Lymus said. “Designers, photography, editorials all displaying inspirations from Muslim fashion. I feel there is a need to shine the light on Muslim women who have been some of the originators of trend setting modest fashion for years. I’m bringing Muslims to mainstream– covered is the new couture.”

Islam has had a strong influence in the fashion industry for years with stylings gracing such coveted magazine covers as Vogue as well as providing inspiration for noteworthy collections including Victoria Beckham’s Fall/Winter 2012 line. Islamic models have also brought diversity to the catwalk including recent stars Hanaa Ben Abdesslem (Tunisian) and Hindi Sahlial (Moroccan). Representing a seasoned roster, each model brings a modest yet genuine professional attitude combined with an ethical sensibility that “works.” UNDERWRAPS is creating a fusion of inclusion—marrying the best of both the Muslim and non-Muslim worlds.

For press and VIP inquiries, please contact Tamara Walker at 347.827.1284 or via email at tamara@sienamediagrp.com.

Nailah Lymus, a clothing and accessory designer since 2004 has nourished her deep hunger for all things fashion at the youthful age of seven using her God given talent to accentuate the natural allure of the woman. Being a self taught designer equipped Ms. Lymus with all of the poise needed to showcase her gift amongst more seasoned designers. Recently showing at NYC Fashion Week 2011 and featured in Couture Fashion Week 2011 Lymus has established her name in the Fashion industry. Now combining both of her passions (modesty and fashion) Lymus is launching the FIRST Muslim Female Model Agency merging the best of both worlds.

Influencing the fashion industry for years, Muslim fashion has graced the covers of coveted magazines such as Vogue and has been providing inspiration for noteworthy designers from early on. UNDERWRAPS is creating a fusion of Inclusion—creating the best of both worlds.

Originally founded in 2003 by celebrity stylist Ruth Roche, RARE is one of New York City’s premiere salons, catering to clients who dare to be bold. Today, the torch has been passed on to principal stylist and new owner Fatima Sheikh, who recently merged her brand, FS Charlie, with RARE. Located in the heart of Tribeca, RARE offers and extensive menu of hair and beauty services. In addition to their array of services, RARE works closely with the city’s creative community to produce distinct projects with fashion, music and lifestyle driven brands. For more information about RARE, visit www.rarenyc.com. 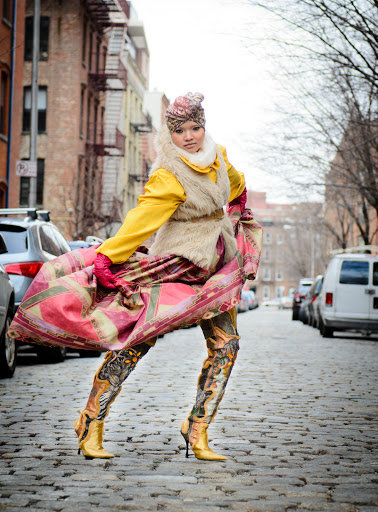